We have had a number of clients come to the firm when something happens with their child’s other parent is not playing by the rules.  They realize that they need to enforce a custody order that was made before they moved to California.  Although these situations sometimes have a great deal of urgency to them, the good news is that a California court can enforce an out-of-state custody order provided that you “register” the out-of-state order here in California.

What is Registration of an Out-of-State Custody Order in California?

We often recommend to our clients who have moved to California that they register the out-of-state custody order in California.  You never know when you need to enforce the order, so it is better to be prepared ahead of time.

What is the Registration Process?

The first order of business is to decide if you would like to seek competent legal counsel in California experienced in jurisdictional issues.  A beginning step in the process if you do not hire an attorney, is to fill out and file certain documents with the applicable California court.

The first document you need to complete is the Registration of Out-of-State Custody Order, Form FL-580.  The form is not mandatory; you could put all of the same information in a legal pleading, but it asks for all of the legally necessary information.  Using the form will ensure that you have included all the information that the law requires.  In addition, some court clerks are familiar with the FL-580, which may make the processing of the registration a little easier.

The second document you need to complete is the Declaration Under UCCJEA, Form FL-105.  The form asks for your child or children’s addresses for the last five years, and asks you to identify any other cases related to your child custody matter.  In case you were wondering, UCCJEA stands for the Uniform Child Custody Jurisdiction and Enforcement Act, which is a model law that was adopted by California.  The goal of the UCCJEA was to avoid jurisdictional conflict between states and promote cooperation between states on child custody matters.

Finally, you need to attach two copies of the child custody order from the other state, one of which must be certified.  You can obtain a certified copy by contacting the clerk of the court where the order was originally made.  You also must declare that the order has not been modified to the best of your knowledge.

How Long Does the Other Parent Have to Respond?

Can Registration be a Springboard to Modifying Custody?

That language is helpful if you want to use registration as a springboard for modification of a custody order.  The default position in the law is that a California court typically cannot modify an out-of-state custody order.

However, if you have grounds to argue that the California court should also have jurisdiction to modify the order, then that argument can be raised as part of the registration papers.

This is a pivotal time where an Experienced California family law attorney can help initiate the process to transfer jurisdiction.

An example of using a registration action as a springboard for a modification of a custody order is the case of In Re: Janette H., from the California Court of Appeal. In that case, a California couple had a child, Janette.  The mother had mental health issues, and the father moved to Virginia and obtained a Virginia custody order giving him custody.  The father later died, and the custody order allowed for the father’s new companion to have visitation rights to Janette.  The mother, who still lived in California, however, registered the Virginia custody order in California and, at the same time, moved to modify the custody order because she believed that her late husband’s companion should not have visitation.  Although the mother was ultimately unsuccessful in modifying the out-of-state order, it clearly shows an ability to register and move to modify at the same time.

Same sex parents have the same child custody and parental rights as hetero partners; however, establishing paternity can sometimes include unique challenges. Here’s what that looks like in California.

END_OF_DOCUMENT_TOKEN_TO_BE_REPLACED 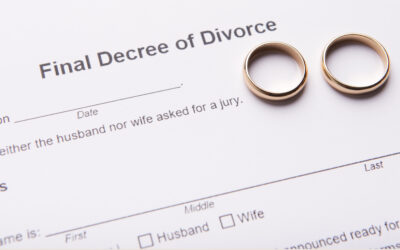 Grounds for Divorce in CA

There are two grounds for divorce in California: 1) irreconcilable differences, and 2) incurable insanity. Both trigger no-fault divorces, and are a required part of any divorce complaint.

END_OF_DOCUMENT_TOKEN_TO_BE_REPLACED 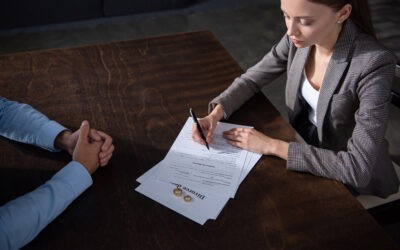 Cost of Divorce in California

The cost of divorce varies, depending on your circumstances, and what type of divorce you choose. Here’s how those expenses break down in California.